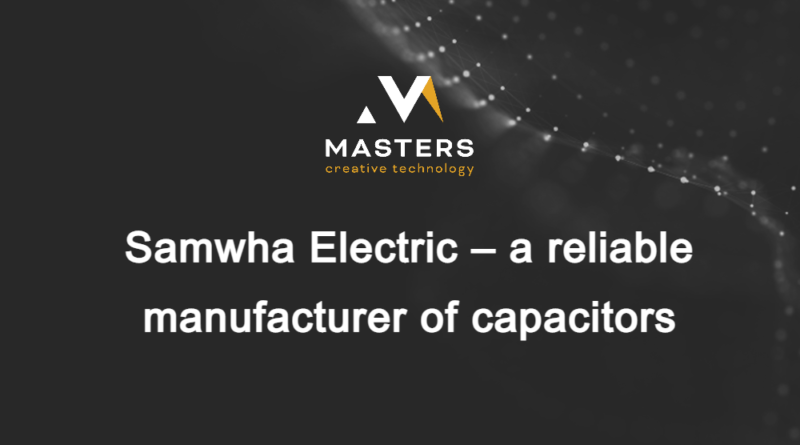 Samwha Electric has been on the market for almost half a century. For decades, it cares about the quality and innovation of its products by implementing certificates and new solutions. As the largest Korean manufacturer of aluminium electrolytic capacitors, it offers through-hole, surface mount, snap-in, supercapacitors and hybrid capacitors.

Samwha Electric has two factories producing 600 million of capacitors per month, it supplies its products not only to the Asian market, but also to European markets for various industries, including automotive. Outside of Korea, the company’s offices are located in India, China, Germany and the United States. The largest customers for Samwha Electric products are the production of home appliances and cars, the IoT industry is gaining more and more importance.

The company’s goal is to regularly improve the parameters of its products: extending the working time, temperature range and operating voltage, while increasing the number of manufactured elements. Among the customers of Samwha Electric there are players such as Bosch, Philips and Hyundai. Below we present two series of capacitors introduced lately by Samwha Electric.

SMD hybrid capacitors compliant with AEC-Q200 and RoHS standards. They are characterized by a higher operating temperature range compared to their predecessors, up to 135 ° C 4kh. YK series elements are available in diameters from Φ6.3mm to Φ10mm. They are characterized by a ripple current of up to 2260mA. Optionally, they can be equipped with a 30G anti-vibration pad. The capacitance tolerance for these capacitors is kept at ± 20% at a temperature of 20 ° C and a frequency of 120 Hz. 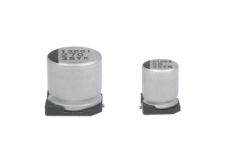 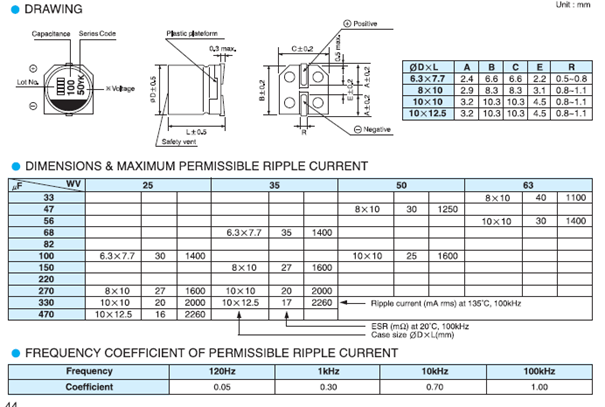 The second novelty from this manufacturer is the JZ series, developed after years of collaborative efforts with an aluminium foil supplier. These are snap-in capacitors with a long lifetime – twice as long as in the previous series (JY). They can work up to 20kh at a temperature of 105°C. The operating voltage of these capacitors is 400-450V. They are also RoHS compliant. 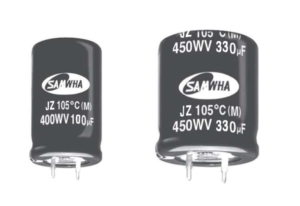 Since the introduction of the JY series in 2015 with a runtime of up to 10kh, longer life series of large type aluminium electrolytic capacitor has been consistently requested by the customers worldwide. JZ series can be used in a wider and higher range of applications such as welding machines, automation, inverters, industrial power supplies requiring high reliability or transportation, and according to Samwha R&D department, series could be the game-changer for customers and their final products. Here we find capacitors ranging from low capacitance 68㎌ to 330㎌. Samwha Electric’s R&D department focuses on the development of 500V and higher capacity to 470㎌ by 2023. 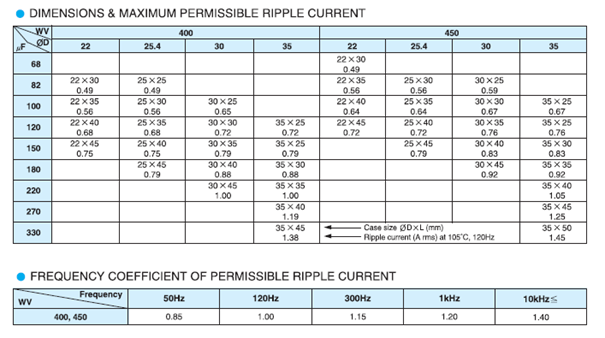 Masters is the official distributor of Samwha Electric products. If you are interested in receiving samples or want to talk about your project and possibilities of using Samwha Electric components, please contact us at masters@masters.com.pl or directly with chosen Customer Service Office. We will advise the most appropriate solution to your needs.